The Cautionary Tale Of The Third-Party SaaS Buyer

This article was originally featured in Forbes on September 1st, 2022.

It makes sense that software buying tends not to be a core competency of most companies, given competing business priorities. It’s challenging to reliably level the playing field for a very simple reason: Software sellers are sitting on mountains of dynamic, real-time data, and by virtue of negotiating thousands of contracts, they are adept at sidestepping any buyer objection, maximizing contract prices and arriving at the most equitable deal. Software buyers have been at a distinct disadvantage in virtually every negotiation.

Considering the informational asymmetry and the imbalance of power, it’s no wonder that most companies end up overpaying for their software by up to 30%. The average company negotiates and manages more than 100 software contracts, with larger enterprises trending toward 500 contracts. What this means for businesses is that missing the mark on software is no longer a rounding error. Mismanagement of your tech spend can lead to layoffs in a bear market. The stakes are as high as they’ve ever been.

But what if software buyers could rely on a third-party buyer to help them navigate the buying process? With so much at stake, the urgency surrounding SaaS procurement has intensified to the point that dozens of technology companies have sprouted up in the past four years to serve this growing market.

Understanding The Magnitude Of The Problem

There are valid reasons why individuals and companies make headstrong spending decisions. Companies want to move quickly while spending money on what they perceive to be the best—be it personnel, software, real estate, etc. And those overages, spent in the interest of securing the “best,” can be explained away during the boom times. But we’re far removed from rosy economic conditions. Our economy has contracted for the second straight quarter, and inflation remains at a four-decade high.

I learned the value of these tradeoffs when I was at Microsoft. One of our largest customers was coming up for renewal, but their business performance was suffering. In reviewing their case, I discovered that they were paying for 300 products, most of which were being under-utilized or not utilized at all. When they asked for an extension to review their deal and determine how they were going to find the funds to pay for their software contracts, their request was declined. When I then learned that the customer had to lay off staff to afford this renewal and a few others, I gave notice the same day and resolved to address this major problem head-on, founding my company Tropic to put more control back in the hands of software buyers.

What it comes down to is the need to save companies from themselves in regard to software spending. This is where a third-party software buyer can act as an agent of sorts, balancing short-term needs with long-term objectives.

When you’re shopping for a software buyer for your business, it’s important to read between the lines, pinpointing their true motivations. One challenge is that when people think of third-party brokers, some titles cast a shadow while others evoke positive emotions. As a result, some software buyers make the mistake of thinking that a third party would only make things worse for them. In reality, a liaison, agent or intermediary should ethically advocate on behalf of their clients. But if incentives aren’t aligned properly, middlemen and go-betweens can be viewed in a negative light, seen as profiting from both sides of the market.

Focusing On More Than Savings

Cost savings via a third-party buyer is certainly a benefit, but it’s just the tip of the iceberg. Bad procurement processes or dishonest intermediaries can distract and hinder your most valuable asset—your people. With most companies laser-focused on growth, it’s important to understand that working with a third-party buyer can also drive revenue. In fact, McKinsey found that indirect procurement can be a source of tremendous untapped value and savings. Some companies have been successful in translating their partnerships with third-party buyers into a strategic, value-generating arm of their organization.

To facilitate smoother and more transparent negotiations, many leading software suppliers have decided to partner directly with third-party buyers. These partnerships can truly be a positive step for the industry. But it’s essential to understand how these partnerships are incentivized. If a third-party buyer is accepting payments from suppliers, they are not a tool for the buyer. They are a reseller for the supplier. The supplier is their primary customer, and your potential savings are going into their pockets. This is the fundamental flaw in the reseller model and why it always makes more sense to contract directly with your suppliers.

In the internet age, the saying goes, “If you’re not the customer, you’re the product.” As software suppliers and third-party buyers continue to coexist, it’s only logical for more partnership agreements to materialize. The question for companies will be, “Can my third-party buyer serve two masters?” I have serious doubts about dual-revenue stream scenarios in which third parties are profiting from both sides of a transaction. Receiving payment from the suppliers just brings us back to square one, placing buyers at a disadvantage every time they attempt to procure software.

Players in the space that are refusing to receive payment from suppliers while simultaneously developing tools and functionality to provide value beyond negotiating the lowest possible price on each individual contract have the greatest chance to impact businesses in the coming years. Just as third-party buyers have saved spendthrift businesses from themselves, companies may have to return the favor by severing ties with third-party buyers that have placed their financial needs above their clients. 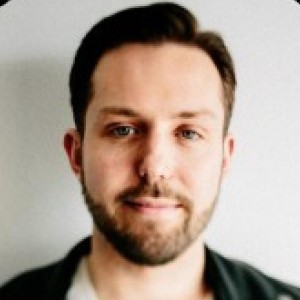 We make SaaS manageable by putting in the hard work.